Can I be deported for a theft conviction?

Home » Community » Can I be deported for a theft conviction?

Vincent P. Martin heads the immigration practice group at Cundy and Martin, LLC. Mr. Martin is licensed to practice law in the state of Minnesota, eight circuit court of appeals, and Federal immigration courts. email: vmartin@cundymartin.com
Immigration Law: “Can I be deported for a Theft Conviction?” By Vincent Martin of Cundy & Martin

For example, a non-citizen convicted of a gross misdemeanor theft offense under Minnesota law and who is sentenced to 365 days in jail, even with the jail time stayed and the person not actually having to serve the time assuming good behavior, likely could be a removable Aggravated Felon under Federal immigration law, even though Minnesota law does not treat the offense as a felony level offense. However, if the individual was only sentenced to 364 days in jail, then the individual may not be removable on Theft Aggravated Felony grounds (though they might be removable on some other Aggravated Felony ground in certain cases and also might be removable on Crimes Involving Moral Turpitude grounds).

Any non-citizen charged with a crime should speak to an Immigration Lawyer BEFORE resolving their criminal case. This means bringing in an immigration attorney to work with your criminal defense lawyer. At Cundy & Martin, we have Immigration and Criminal Defense attorneys who team up on cases where individuals are charged with crimes so that the client has the best chance of getting an outcome that minimizes immigration consequences. 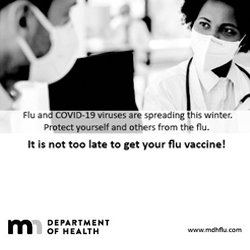